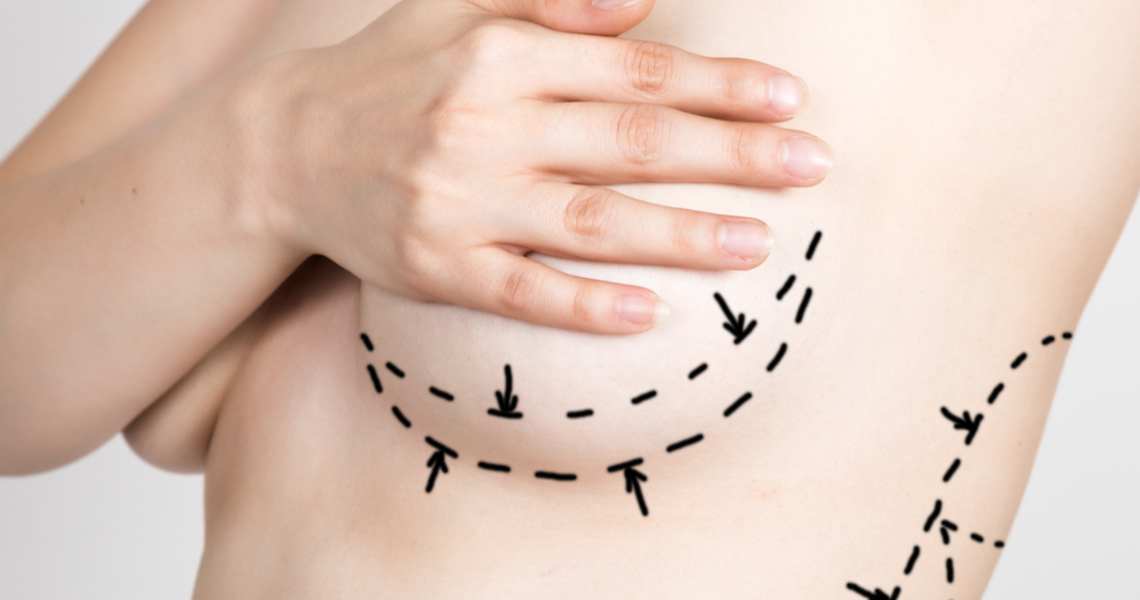 Breast augmentation, or mammoplasty, is an elective cosmetic surgical procedure which increases the size of breasts. The procedure is also used to restore breasts to their original volume following the loss of mass after an episode of weight reduction or childbirth. In both instances, breast augmentation provides women with the ability to achieve their desired breast size.

The breast surgery is usually performed through an incision at the region near the fold under the breast as this would allow the 3cm to 5cm scars to be concealed from plain sight. However, in some instances, incisions are made near the armpit (axilla) or around the areola. The implants, made from either silicone or saline, are then inserted either behind or in front of the breast gland. The decision is made based on the severity of ptosis (droop) of the breast, which varies depending on age and anatomy.

Breast augmentation surgery typically takes between one and two hours, and patients are always sedated using general anaesthetic. Patients are hospitalised overnight following the surgery for observation as a precaution. However, it is quite safe for patients to be discharged a few hours after the surgery.

Patients should refrain from exposing the incision to water (during showering or bathing) before the sutures are removed – certainly during the first three days. Use the prescribed painkillers if the pain becomes uncomfortable during the first week. It is rare to feel any pain after the first three or four days. Over the subsequent four weeks, patients are advised to refrain from strenuous physical activity as the soft issue surrounding the incision can be ruptured. Additionally, a sports bra should ideally be used during this period.

Mammoplasty carries very little risk, with proper management. Infection rate and haematoma (bleeding) occur in less than 1% of patients. Scars are also a relic from the 80s and 90s. Manufacturers of modern implants today claim that their products can last longer than 15 years, but please consult a doctor if there is any feeling of discomfort – more so in the first few months, as this could indicate the implants are shifting.